Cookies help us delivering our services on https://mecenat-charity.vinci-energies.com. If you keep browsing this website, you are accepting our use of cookies for statisitic purpose and social network functionalities.

On November 4, 2018, 314 employees at VINCI Energies embarked on the Route du Rhum, alongside 123 “real” skippers who took to the high seas. Seasoned and amateur sailors alike joined in this legendary race aboard virtual sailboats. No matter how they participated, everyone shared in the satisfaction of raising funds for Mécénat Chirurgie Cardiaque. Four of the solidarity skippers told us about this exciting adventure. 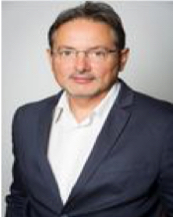 Pascal Champ, Director, UK North West Projects, Preston (United Kingdom)
« I discovered the Virtual Regatta during the previous editions of the Route du Rhum. As soon as I heard that VINCI Energies was partnering with Initiatives-Cœur, I jumped at the opportunity. Charity and sponsorship are fundamental aspects of our Group’s identity. Even if I had been the only one raising funds, I still would have done it gladly. Like Sam Davies says, it’s about much more than just racing. We’re raising money for a good cause, which changes the way we look at things. My second motivation was to form a team with three other employees at my company. Since the app is in English and available on smartphones, we adopted it from the start. Even better, since it’s not a real boat, we never have to deal with broken parts or storms. But I would still encourage teams to plan and stick to a calendar, so no one is trying to use the app at the same time (note: only one user at a time can connect to the app). Right away, Virtual Regatta inspired a spirit of friendly competition both within my company and among the other VINCI Energies companies! ». 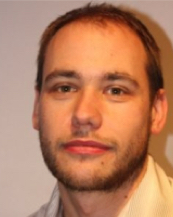 Rodolphe Crombeque, Project Manager, Actemium Poissy (France)
« The Virtual Regatta is an online game that simulates the world’s top ocean races. To take part in the Route du Rhum with VINCI Energies, each participant had to raise at least 100 euros for Mécénat Chirurgie Cardiaque. As an amateur sailor, I took an immediate interest in the project. I got six of my coworkers together and we raised a total of 560 euros. Over time and by reading the internal newsletter, other employees at the company also joined the game. We talked a lot about strategy and rankings, and everyone was so encouraging. In the end, we were ecstatic to finish among the top teams at VINCI Energies. » 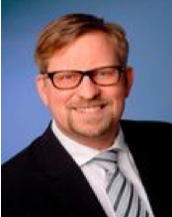 Carsten Reinholdt, Business Developer, Actemium Hamburg (Germany)
« As soon as I discovered the Virtual Regatta on the VINCI Energies intranet, I immediately wanted to take part. As a huge fan of sailing, I brought four coworkers along with me and we each raised €25. Once we rose to fourth place in the race, we even convinced other coworkers to join. We were all thrilled to compete for a good cause, led by Initiatives-Cœur (note: sailing the seas to save children), and also have fun doing it. We really got into it! ». 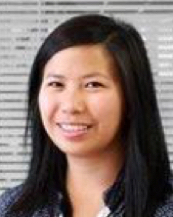 Chloé Bouverat-Bernier, Consultant, Greenaffair, Boulogne (France)
« I heard about the Virtual Regatta during a student event at ESTP Paris. The next day, I mentioned it to the top management at my company, Greenaffair, and we put together a team, even though only two of the eight members had their sailing permit. Since we have a sister agency in Guadeloupe, the Route du Rhum virtual race came at exactly the right time. We quickly raised the necessary funds and, together with the Communications team, we kept all our employees updated about Mécénat Chirurgie Cardiaque and our progress. We even hung the Route du Rhum map above our coffee machine. The race was simply captivating. We created an Excel sheet and a Teams group to coordinate with our teams in Guadeloupe, despite the time difference. At the very least, it made the days more exciting! »

Transat Jacques Vabre:
are you up for the challenge?

Did you miss out on the Route du Rhum or simply want to add another feather to your solidarity skipper cap? Join us in October 2019 for the Transat Jacques Vabre! It works the same way as the Route du Rhum: raise at least €100 to benefit Mécénat Chirurgie Cardiaque. Once you reach your goal, you can create and customize your boat.